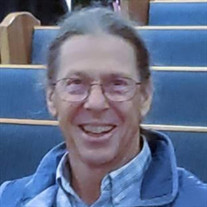 Robert “Todd” Varnum, age 80, passed away in Naples on Tuesday, April 26, 2022. Todd was born in Stamford, Ct. and attended Kings Day School, and Worcester Polytechnic Institute, where he was a member of Sigma Phi Epsilon Fraternity. Upon graduation, he began his lifelong career at IBM in Kingston, N.Y. and later transferred to Burlington, Vt. He enjoyed many hours sailing on Lake Champlain, and upon retirement, playing on his gentleman’s farm, and taking care of his Bed and Breakfast, the Amos Bliss House. In 2000, he and his wife, Sheila, relocated to Naples. Todd was a member of the Pelican Bay Sailing Club, and Men’s 4.0 tennis team. He was also a member of Club Pelican Bay, where he spent many happy hours playing golf with his friends. Surviving is his beloved wife of 42 years, Sheila Varnum; brothers Clark (Linda) and Jeff Varnum; sister and brothers- in- law, Pat Barnes and Bill Bannan, and Fred Barnes; plus his much -loved nieces and nephews, and their children. The family would like to extend a special thanks to Todd’s closest friends, who throughout his illness, formed his “A” team, caring for him so lovingly each day. And, also, to his special physicians: Drs. Jesse Haven, Richard Prewitt, and Peter Cohn, and the nurses from Avow Hospice, who cared for him so wonderfully. Memorial gifts in Todd’s name are welcome, and can be sent to: Avow Hospice, 1095 Whippoorwill Lane, Naples, Florida 34105; or The Lustgarten Foundation for Pancreatic Cancer Research, 415 Crossways Park Drive, Suite D, Woodbury, N.Y. 11797. A celebration of Todd’s life will be held in Naples, at a later date. Sail on calm waters, our beloved Todd. You will be greatly missed, and will live on forever in our hearts.

Robert &#8220;Todd&#8221; Varnum, age 80, passed away in Naples on Tuesday, April 26, 2022. Todd was born in Stamford, Ct. and attended Kings Day School, and Worcester Polytechnic Institute, where he was a member of Sigma Phi Epsilon Fraternity. Upon... View Obituary & Service Information

The family of Robert Varnum created this Life Tributes page to make it easy to share your memories.

Send flowers to the Varnum family.