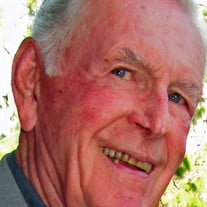 Robert Edge (Bob) Mulholland, former President and Chief Operating Officer of NBC, died on March 9, 2021 in Naples, Florida. He was 87 years old. He is survived by his wife, Judith, of Naples, FL, daughter, Leslie (Leigh) Anderson (Chris) of Amherst, NH, son, Todd Mulholland (Licet) of Naples, FL and stepsons, Michael Holleran of Warrenton, VA and Matthew Holleran of Menlo Park and San Francisco, CA and seven grandchildren. Born September 27, 1933 in Hartford, CT, Mulholland grew up in Bound Brook, NJ and developed what would become a life-long passion for journalism. After receiving a Bachelor (1955) and a Master (1956) from Northwestern University’s Medill School of Journalism and serving for two years in the US Army in Korea, he returned to Chicago to work at WGN-TV as a news writer and program producer. In 1961, he joined NBC as a news writer at the network’s Chicago station, WMAQ-TV where he was working when President Kennedy was assassinated in Dallas, TX on November 22, 1963. Now a “field producer” for the network, Mulholland was sent in to manage the NBC coverage of the event, his work there launched a career with NBC which would ultimately lead to his being named President and Chief Operating Officer in 1981, a position where he was responsible for the company’s five owned television stations and the News, Sports and Radio divisions. He reported to the NBC Chairman of the Board. In the intervening years, Mulholland worked as a producer for The Huntley-Brinkley Report at their London and Washington, DC desks (1964-66), as the Director of News for KNBC in Los Angeles (1967-1971), where he expanded local coverage to an hour and created a talented news team, including Tom Brokaw and Bryant Gumbel, among others. In 1971, he became executive producer of the NBC Nightly News in New York. In 1974, he was promoted to executive vice president of NBC News and then, in 1976, the President of the NBC Television network. Among the programs broadcast by NBC during his time in this role were Shogun, Holocaust and Hill Street Blues. The recipient of multiple Emmy Awards for his work as a producer and many other awards and recognition, Mulholland was known for the so much else. Some of the stories he told include: deciding to broadcast the RFK shooting, doing all the broadcast prep work for the Moscow 1980 Olympics which the U.S.A. then boycotted, negotiating Johnny Carson’s contract with him, just the two of them in Johnny’s kitchen, after a particularly difficult season, recommending Tom Brokaw for the position of NBC White House correspondent, deciding that Bryant Gumbel was the right person for the job of co-hosting the Today show in 1982, arranging for Frank Sinatra to secretly fly-in as the headliner for an NBC affiliate convention, and so many more. Leaving NBC in 1984. he eventually returned to Chicago and the Medill School of Journalism at Northwestern as a professor and Broadcast Chair. He remained there from 1988 to 1993, where he is credited with revamping and revitalizing Medill’s broadcast program. It was during this time that his life began to take another major turn when he met Judith Booth, then Director of Technology for U.S. News and World Report in Washington, DC. Bob and Judith married on March 23, 1991 in Naples, FL. In 1993, both retired and they became fulltime Florida residents and joined Quail Creek Country Club. It was not the first marriage for either of them, but they knew that it would be their last. The families combined seamlessly. Bob and Judith took up golf together, which neither had tried before. Bob soon joined a group of guys who played golf together three times a week at 7:30 for a “dollar on the back, a dollar on the front and a dollar overall.”. Hence, their name: The Dawn Patrol. A few of this group are still playing the first available tee time almost 30 years later. In 1996, Bob and Judith became grandparents for the first time, eventually having seven grandchildren. Bob reveled in the role of “Gramps.” He was always interested in what the kids were up to and always ready to take them for a quick golf cart run up to the Club in the morning or joining them in the pool or putting them to work helping him in the yard. Bob was always puttering outside, pruning this, replanting that. He absolutely loved doing this. In March of 2000, after moving to a new home, he discovered a flower blooming in the backyard. It was an amaryllis. Every year after that, once the blooms were gone, he would dig some up, divide the bulbs and plant them in new spots, eventually sharing them with others. Five years ago, Bob began showing signs of dementia as well as needing a cane to navigate. He and Judith downsized their home and moved not far down the road. Despite his challenges, Bob found a way to dig up some of the bulbs and drive them to the new house in his golf cart and replant them along one side of the lanai cage. It was his last gardening adventure. The amaryllis thrived: Bob did not. Shortly before his death, the amaryllis bloomed. Judith took pictures to bring to Bob who was, by then, under Hospice care in a Memory Care facility. Bob could no longer remember his age, where he lived or his beloved grandchildren’s names, but when Judith showed him the picture, he smiled and said, “Amaryllis.” They have bloomed and now he has gone. A Celebration of Life will be held on November 26, 2021 at Quail Creek Country Club, Naples, FL. In lieu of flowers, the family requests memorial contributions be made in the name of Robert Edge Mulholland to any of the following: • PBS Foundation (www.pbs.org) • National Public Radio (NPR) (www.NPR.org) to the station of your choice or to the local affiliate WGCU Public Media (www.wgcu.org) • AVOW Foundation (www.avowcares.org)

The family of Robert Edge Mulholland created this Life Tributes page to make it easy to share your memories.

Send flowers to the Mulholland family.