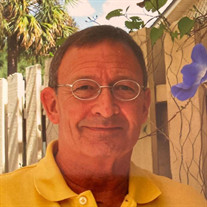 Born and raised in Omaha, Nebraska, John Stephen “Steve” Jenkins was raised from the start to be a Cornhusker and he maintained his love of the Big Red his entire life. Steve relished the summers his family spent on Lake Okoboji in Iowa, boating, waterskiing and fishing. During the school year Steve was a strong competitor on the swim team and graduated from Omaha Westside High School in 1965. He earned a Bachelor of Industrial Administration from Iowa State University in 1970, where he was a proud member of Sigma Alpha Epsilon fraternity. After graduating, Steve felt the call of the mountains and planted roots in Denver, Colorado. He found work in the construction industry and honed his skills to become a master finish carpenter. Steve started his own enterprise, where he and his associates crafted moldings, hand railings, mantles and cabinetry for custom homes. In the winter months Steve enjoyed as much time as he could spare on the mountains skiing. Steve first met his future wife, Christine “Chris” Lyon, in 1970. He commented, “She is a thinker!” Their paths diverged until they reconnected in the early 1990’s for good. Steve and Chris married in 1997 in a beautiful Colorado wedding that brought all of the extended Jenkins family together with many friends. Chris passed away only 2 short years later in September of 1999 at age 50. Subsequently, Steve’s Alpha 1 lung disease progressed. The oxygen level in Colorado did not allow him to breathe easily and Steve chose to relocate to Naples, Florida, to be closer to both the sea level, and his parents who retired to Naples. This also allowed Steve to reconnect with his childhood interests of boating and fishing, and in a different way with nature by living on the edge of the Gulf of Mexico. In January of 2006, after months of carrying a pager waiting for a donor match, Steve’s call came: an Angel Flight helicopter picked him up and flew him to the University of Florida for a double lung transplant operation. He and his family were blessed with 15 more years together. Steve was a deep-thinking, caring, soft-spoken but strong-opinioned soul who will be missed by his family, friends and many care givers. He appreciated the beauty he found in nature and art. He loved swimming (especially beating his younger brother annually in competition with a trophy at stake), skiing, fishing, boating, reading mystery and sci-fi novels, watching Nebraska Cornhusker and Denver Broncos football games, collecting coins, and most recently, painting. The last decade, Steve enjoyed many visits to/from Brazil with his most special companion Flavia Stumpf. He enjoyed teaching the woodworking trade and sharing life lessons with Branden Biggerstaff, whom he thought of as a son. Steve was proud to have recently earned his 20-year sobriety chip as a member of Alcoholics Anonymous and appreciated the supportive and deep relationships with his AA sponsor and many friends. Steve was taking dozens of medications to keep his body from rejecting transplanted lungs, and in the last year the balancing act with varied side effects was challenging. Last November Steve enjoyed celebrating his 74th birthday together with his siblings by cruising with his brother in a white Dodge Hemi Challenger, and eating iced sugar cookies made using his mother’s recipe with his sister. Since then, Steve’s health further deteriorated and he decided to receive comfort care through Avow Hospice. Steve passed peacefully while his sister, a niece and nephew with great-nephew were visiting him in Naples. The family is grateful for all the doctors, nurses, caregivers, and friends who helped Steve when he needed it most and enabled him to experience great quality of life despite the increasing physical limits his disease imposed. Steve was preceded in death by his spouse, Christine (Lyon) Jenkins; parents John Melchiors & Mary Frances (Nye) Jenkins; and infant sister Susan Jenkins. He is survived by sister Sandra Jenkins of Omaha, Nebraska, and brother Tom (Sherri “Annie”) Jenkins of The Dalles, Oregon; nieces and nephew Stacey (Greg) Lickteig of Omaha, Nebraska; J. Scott Switzer (Severn Taylor) of New York City; and Haylee (Sarah) Schwisow of Durham, North Carolina; great-nephews and nieces Colin Switzer Hill, Harlan Palmer Switzer, Willa Frances Switzer, Margaret Frances Lickteig, Clare Rose Lickteig, and Peter Joseph Lickteig; all three first cousins from the Nye family; his beloved Flavia Stumpf of Brazil; and, Brandon Daniel Biggerstaff and daughters Maya Butcher and Willamena Griest of Colorado. Steve’s ashes will join those of his parents and sister in the Gulf of Mexico. A Celebration of Life will be held in the chapel at Countryside Community Church, 13130 Faith Plaza, Omaha, NE, 68144 on Saturday, February 12th at 4:00PM Central Standard Time, masks required; the service will also be accessible by Zoom. To join the zoom, follow this link: https://zoom.us/j/6174592400 Passcode: 13130 To join by phone only-no video One tap mobile +13462487799, 6174592400# Or dial +1 312 626 6799 Meeting ID: 617 459 2400 Memorials are suggested to: Avow Hospice of Naples, Florida.

Born and raised in Omaha, Nebraska, John Stephen &#8220;Steve&#8221; Jenkins was raised from the start to be a Cornhusker and he maintained his love of the Big Red his entire life. Steve relished the summers his family spent on Lake Okoboji... View Obituary & Service Information

The family of John Stephen Jenkins created this Life Tributes page to make it easy to share your memories.

Send flowers to the Jenkins family.